Words to Demystify the Wine World 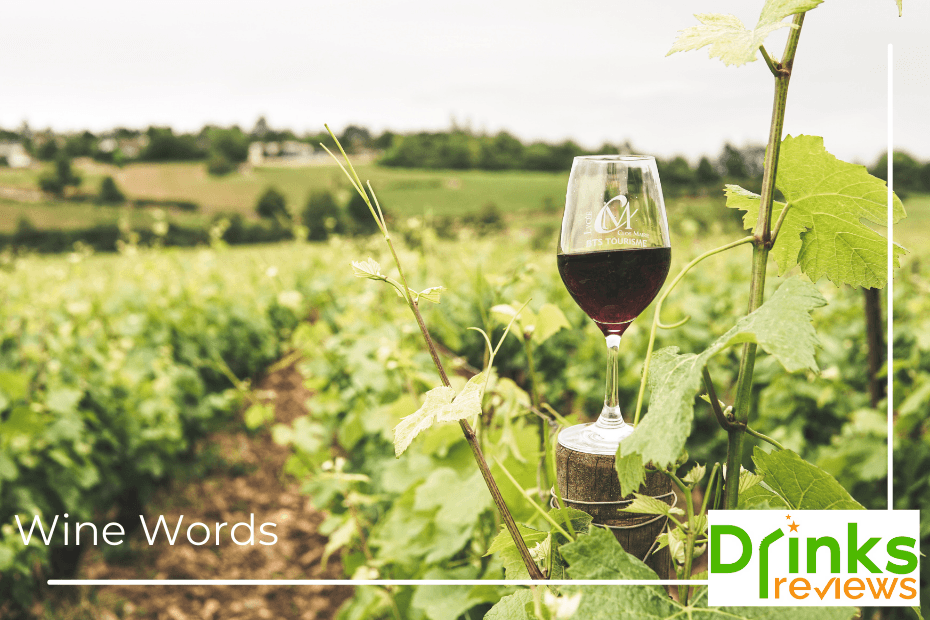 Key Wine Terms to Keep you in the Know

Wine lovers often use a lot of different terms – so here’s a list for you to refer back to:

Alcohol by Volume, or how much alcohol is in your wine of choice. Some countries/varietals of wine are known for being particularly high or low in ABV

A legally defined geographic area (ouch – sounds scary, but it’s really just a region that has protected its wine of a specific quality or blends from imposters using all the legal means necessary).

a sometimes dangerous activity for your wallet, where you taste wine without knowing what it is (or how much it costs)… Blindfolds are optional for you and/or the wine bottle.

Not breath in and breath out exactly… rather the process of exposing the wine air once the container has been opened to enhance its flavours. This is usually controlled through decanting rather than just opening a bottle and waving it around in the air for a bit (or leaving the top off for a few days… which often results in Off wine).

Doesn’t mean drunk on wine I’m afraid, rather than a wine which has been sealed with natural cork (not applicable to a plastic cork or a screwcap, or a bag in box wine) has become contaminated with a chemical which sometimes occurs in the cork trees due to contact with chemicals in the soil. If you get a whiff of wine that smells like damp moldy cardboard it’s probably the culprit… however, any wine snobs whining that their screw cap is corked don’t quite know as much about wine as they might like to think…

a tool for getting corks out of wine bottles, not to be confused with the pilates abdominal exercise – although it may be advised to help combat the stomach thickening effects of wine consumption…

removing the wine from its bottle (with only the necessary amount of force) to expose more of the wine’s surface to the air. It can lead to the purchase of pretty decanters or decanting devices to assist (but devices aren’t necessary).

Rather than lacking in liquid (a bad trait for a wine), it refers to a wine not containing much sugar.

No walls involved here! Fortified wine is when additional alcohol is added to a wine in the process of fermenting which stops the fermentation process by increasing the alcohol content so that some of the sugars are present in the grape juice.

Extra wine in the bottle – what could be bad about this??? A magnum contains 1.5 liters of wine (the equivalent of 2 standard bottles)

What your nose knows, or rather the aroma or “bouquet” of a wine. Expect the nose of wine to have many facets, including things like “fresh cut grass”, “gasoline”, “red berries”, “blackberries”, “gooseberries” among many others.

A wine that has been stored incorrectly, exposed to air for too long, or contaminated somewhere in the process and just doesn’t taste or smell correct. There are many reasons for a wine to be “off” and if you’re lucky you’ll get a refund or replacement. However, it can also be subjective… so some places won’t do anything about it.

Mainly Europe and the Mediterranean area that has been making wine for thousands of years. Generally of a traditional wine style, and constrained by history and the wine-making “rules” of the area.

Not where you’d find a boat, rather a fortified wine from Portugal (Douro region to be precise). Fortified wine is when additional alcohol is added to a wine in the process of fermenting which stops the fermentation process by increasing the alcohol content so that some of the sugars remain present in the grape juice (making the resulting beverage sweeter than you would expect). Basically it’s yeast homicide – but don’t call the cops before you’ve had a taste or two.

Rose wine by any other name! (Spanish / Italian)

Red wine by any other name! (Italian / French)

Dry wine by any other name! (French / Italian / Spanish and Portuguese)

Not just your grandmother’s drink, rather a fortified wine subject to controlled oxidization from Spain (Triangulo de Jerez region to be precise). Fortified wine is when additional alcohol is added to a wine in the process of fermenting which stops the fermentation process by increasing the alcohol content so that some of the sugars present in the grape juice (making the resulting beverage sweeter than you would expect). Controlled oxidization is the addition of air (containing oxygen) so that the wine develops a particular flavour.

Bubbles! Champagne is one of the best-known sparkling wines, but many other regions (yes Champagne is a region, and an appellation) also produce similar sparkling beverages that can’t be called champagne.

When your teeth turn purple after drinking red wine and your tongue feels dry it’s the tannins that you’re noticing. Tea drinkers will have encountered them regularly – they’re also the cause of the brown scum in the bottom of your teacup that requires elbow grease to remove!

not a small wire-haired dog, rather the land and climate and grapes interacting to produce special characteristics in the wine. This can have a huge impact on the taste of the wine, so much so that the same varietal has different flavours when grown in different places.

A single grape variety making up a wine – nothing to do with elaborate performances (although, some people do make wine tasting into one!)

A ritual for evaluating a wine (taking into account taste, smell, how it feels in your mouth, and the colour of the wine), usually involves making strange faces and sounds that you’d never expect to see at the dinner table, let alone in an expensive restaurant.

Good coffee starts my day (full disclosure – I drink it strong and black, and prefer cold brew – as long as I had time to prepare it in advance), and I’m a complete wine snob.

I was fortunate to work in a wine packing plant in a previous life, I endured (hard work, I assure you) being put through the WSET level 2 wine course, and ended up on the tasting panel. The tasting panel is not as glamorous as it sounds, we usually got to taste wine where it was on the edge of being not acceptable… go figure!

As a result, I’ve had some fantastic beer, wine and spirits experiences and finding great selections is a big part of the pleasure of dining for me.

Manage Cookie Consent
To provide the best experiences, we use technologies like cookies to store and/or access device information. Consenting to these technologies will allow us to process data such as browsing behaviour or unique IDs on this site. Not consenting or withdrawing consent, may adversely affect certain features and functions.
Manage options Manage services Manage vendors Read more about these purposes
View preferences
{title} {title} {title}