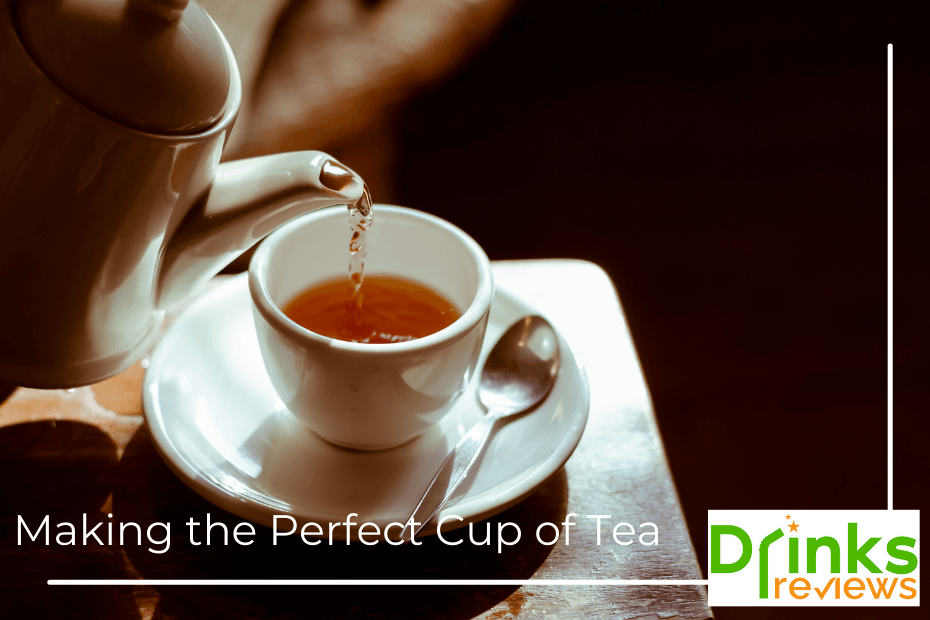 There are two types of people in the world: Those that don’t really drink tea and those that cannot live without it, and well, let’s just say there are a lot of tea drinkers in the world. It’s the most consumed drink in the world, after all! (Apart from the water, of course)

However, those that haven’t been drinking tea all their lives could find themselves being a bit of a teabag out of water when it comes to figuring out the world of teas. There are simply far too many types, and all of them have their own purposes. That’s usually enough to deter most people away from trying it out in the first place. But the thing is, in the world of tea, there’s a type for everyone!

In this post, we’re going to be going over everything you need to know about tea and how to make the perfect cup, at home, by yourself!

Tea isn’t just a drink that people came up with and kept drinking for no reason. There are actually several benefits of drinking tea, whether you do it once in a while or every day!

Here are some of the reasons why you should give tea a shot!

Great way to start the day

There are lots of different types of teas. Some are jam-packed with caffeine, while others are full of refreshing elements. If you’re someone that struggles with waking up properly during the day, using a tea would be a great way to wake yourself up, whether that’s with a boost of refreshing tea or one that’s got caffeine!

One of the best things about tea is that there are lots of different kinds with varying amounts of caffeine, so if you want a small, controlled amount of caffeine in your tea, you could pick something like green tea. If you need a heftier dose, try black tea instead! The customizability means that there’s a little something for everyone, for every different type of day!

Good for the heart

There are lots of teas, and almost all of them are extremely high in anti-inflammatories and anti-oxidants. That makes tea great for heart health too! With the great elements they’re made from, blood pressure can decrease, and cholesterol is lowered too. In turn, blood circulation increases, and you have a happier, healthier heart.

We live in a world of convenience. We want everything to be quick and easy. That’s how most people end up at cafes to get tea. However, for a lot of people, it’s not even about convenience. Some people just want to be able to go outside and do something outside of their home or office space. This has been increasingly popular in the past couple of years since everyone’s been cooped up in their homes.

We can’t deny the opportunity to get outside and socialize you could get with buying tea, plus you don’t actually have to make it yourself. But, there are advantages to making your own tea too.

First of all, you get to pick your own tea. Not just the kind, but the particular tea that you want. There are lots of different qualities and brands when it comes to tea. Some are the “best harvest, full leaf” tea, some are the same tea as the best harvest, but the leaves would be broken. Then, there are dried teas, powdered ones, and even simple tea bags. There is a lot that you can change up according to your own taste and requirements, so if you’re looking for a more customized taste and want to have more control over the tea in general, it would be a great idea to try making it yourself!

How To Make The Perfect Cup of Tea at Home

When you say “perfect cup of tea,” the whole process can sound daunting and confusing from the get-go, but that’s not how it actually is. Making the perfect cup of tea is fairly easy. You just need to know what you’re doing!

Here’s a foolproof way of making the perfect cup of tea!

Boil clean, distilled water. Make sure there are enough cups in the pot to fill all of the required cups.

Decide on the type of tea you want to brew. This is because it’s possible that the particular tea you’re brewing could have totally different brewing requirements, so if it’s not done right, you might end up having to dump the tea altogether. However, most teas are similar and would be brewed the same way!

Add the tea to the boiling water. It’s important that the water is already boiling, or close to it, for it to be able to release the flavors and colors the way it’s supposed to. Don’t worry, though, even if you accidentally put the tea leaves in too quickly. You’ll still get to have great tea; it’ll just be better if everything is timed right.

Cover the tea as it boils, turn the flame down to a minimum and let the tea steep there. You might want to leave it there for at least 3-5 minutes, but if you have a particularly unique tea, you should read their description to make sure you’re not over steeping or under steeping the tea!

Strain the steeped tea and pour it into the cups, and have some delicious tea that you made on your own!

This is an experience that you can have as your “me time” or make it something that you can do as a fun activity with your family or friends where you all can enjoy a great cup of tea! Lots of families have traditions where everyone makes tea together or has tea parties to keep the strong family bond growing super strong!

Making tea is super easy. You just need to get out there, find the type of tea you really like, and take the plunge and make it!

Even though most of us just pick up that nicely packaged tea and start making it without a thought in the world of how that tea even made it to the shelves. As magical as tea can be, it takes away from the magic when you find out that a lot of the people involved in the tea trade aren’t treated as well as they should be.

There are lots of workers that aren’t paid appropriately for their efforts and aren’t even paid a baseline amount of money that they can use to better their living conditions. Most workers get a per-kg or per hour rate, which ends up not being fair for the amount of work involved in the whole thing.

Not only that, but some countries aren’t even kind to the world they live in, but at the same time, there are tea lovers everywhere! That’s why there’s such a massive market for teas that are made in a very unsustainable way.

For starters, most teas are grown in far-fetched areas of the world, kept in Asia, and are transported over, using boats and equipment that adds to the pollution in the world and drives the price up by a lot. Not only that, but these are the very firms that won’t even pay their workers a fair pay rate! All of these are problems in the real world.

However, not all hope is lost. There are also lots of tea companies that focus on making sure that they’re using practices that are good for their customers, keep their people in check, and won’t commit any crimes. All you need to know before investing in tea is if the company has sustainable, fair practices overall for their employees too. That way, your tea drinking activity would actually remain harmless, and you’d actually contribute to doing some good yourself too!

So when you’re picking the tea, just look up the company once and make sure they’re legit. If they are, you can get that tea, and make a mean cup of tea at home, all by yourself!

We’ve Spilled the Tea; You Make It!

The world of tea may be extensive, but it’s got room for everyone in it! With all of the information we’ve outlined in this article, you’ll be able to find the type of tea that works for you and your needs and make the perfect cup of tea at home! Now that we’ve spilled the tea, it’s your turn to go make it!

Hi, I am Shahraz, nice to meet you! I am a freelance content writer currently living in Lahore, Pakistan, half American half Pakistani. I like to bring the best of both worlds into my article which is known for its sophisticated simplicity and thoughtful details. I started writing in 2012 when I fell in love with my pen. I was the Youngest ever Pakistani to win the best writer of the year award from the Islamabad Times in 2016. My passion for the pen has urged me to write more and more. I enjoy a good cup of coffee, watching good movies & tv shows, and reading novels.

Manage Cookie Consent
To provide the best experiences, we use technologies like cookies to store and/or access device information. Consenting to these technologies will allow us to process data such as browsing behaviour or unique IDs on this site. Not consenting or withdrawing consent, may adversely affect certain features and functions.
Manage options Manage services Manage vendors Read more about these purposes
View preferences
{title} {title} {title}